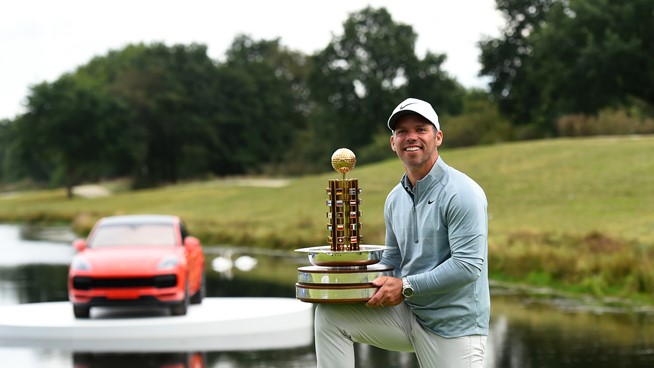 Paul Casey won his first European Tour title for five years with a one-stroke victory at the Porsche European Open.

Casey shot a six-under 66 in Hamburg to reach 14 under par for the tournament and finish ahead of Scotland’s Bob MacIntyre, German Bernd Ritthammer and Matthias Schwab of Austria.

Casey began the final round one shot behind joint leaders MacIntyre and Ritthammer, but the 42-year-old produced a flawless final round which indcluded six birdies and no dropped shots.

Schwab had finished at 13 under, but was overtaken by Casey’s birdies at 16 and 17, although the English golfer left the door open as he could only three-putt for a par five at the last. Casey’s target of 14 under was too much for MacIntyre and Ritthammer, who both left putts short on the final green that would have forced a play-off.

Casey, who won the Valspar Champiosnhip on the PGA Tour earlier in the year, recorded his last win in Europe at the 2014 KLM Open in the Netherlands.

“I get emotional at every victory, but this year has been so fantastic,” said Casey, who dedicated the trophy to former winner Gordon Brand Jnr following his death at the age of 60 last month. “This is an incredibly prestigious trophy that has a lot of history to it on the European Tour, so I’m over the moon to be the Porsche European Open champion.”

The €333,330 first prize moved Casey up to 16th in the Race to Dubai rankings and the same position in the world ranking.