CHAPMAN STAYS THE COURSE IN THE SEYCHELLES – Golf News 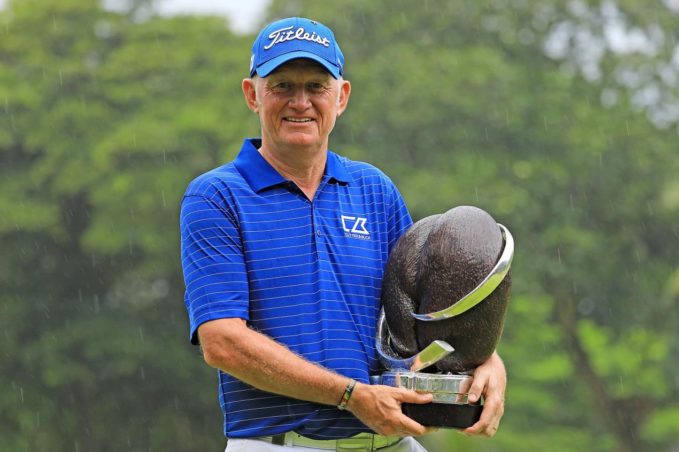 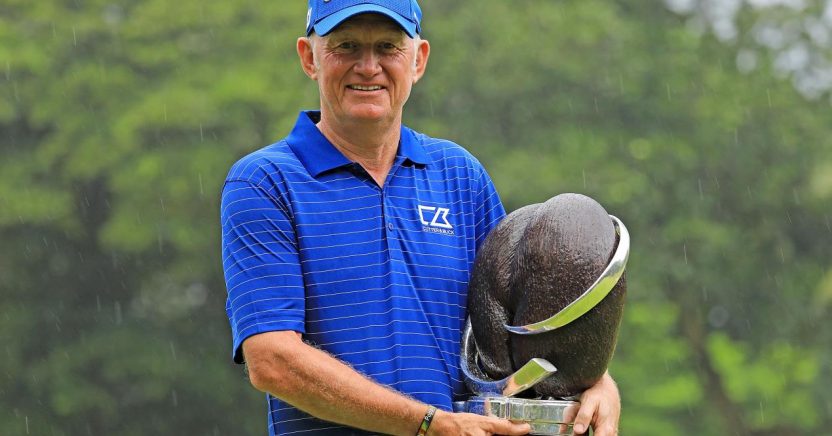 Roger Chapman secured his first Staysure Tour title in more than six years after defeating Phillip Price in a play-off at the MCB Tour Championship – Seychelles, the final event of Europe’s over 50s’ 2018 season.

Chapman, who won two Senior Majors in 2012, the KitchenAid Senior PGA Championship and US Senior Open, started the day seven strokes behind overnight leader Miguel Angel Martín, but quickly made ground as he birdied the third and ninth holes. After Martín ran into difficult on the front nine, Price set the clubhouse target on six under par as he carded the lowest round of the day, a five under par 63, which included four consecutive birdies from the 14th to 17th holes.

Chapman came home one under par, and narrowly missed a birdie putt on the 18th hole which would have seen him take the outright lead. Tom Lehman bogeyed the last hole, leaving Chapman and Price to fight for the final title of the season.

In the play-off, both players found the green on the par-five 18th with their second shots, and Chapman holed a fantastic left-to-right putt from more than 30 feet. Price missed his putt for eagle, handing Chapman his first regular Staysure Tour victory.

“I’m absolutely delighted to be in the tournament after playing my way in last week in Mauritius,” said Chapman. “I had surgery at the end of May and my arm was in a sling, and I didn’t think I’d be playing much golf this year – so I’m thrilled to bits that I’ve made it this far and won the Tour Championship.

“We put a bit of pressure on Miguel, he had a great round yesterday but it’s very difficult to have another good round after a great round. I didn’t think I’d win from seven back. To win with an eagle is pretty special. Phil hit a great second shot and I thought ‘I’ve got to hole this’, I did and unfortunately for Phillip, he missed – but that’s golf.”

He added: My last victory was in 2012, so I’m thrilled to bits to be back in the winners’ circle again. I want to thank Paul Anderson at The Berkshire and Gary Nicol,  both of whom have helped me this year. They are part of this win.”

After his third-place finish at last week’s MCB Tour Championship, Chapman was awarded a trophy as the winner of the first ‘Indian Ocean Swing’ after accumulating the most prize money across the two events.