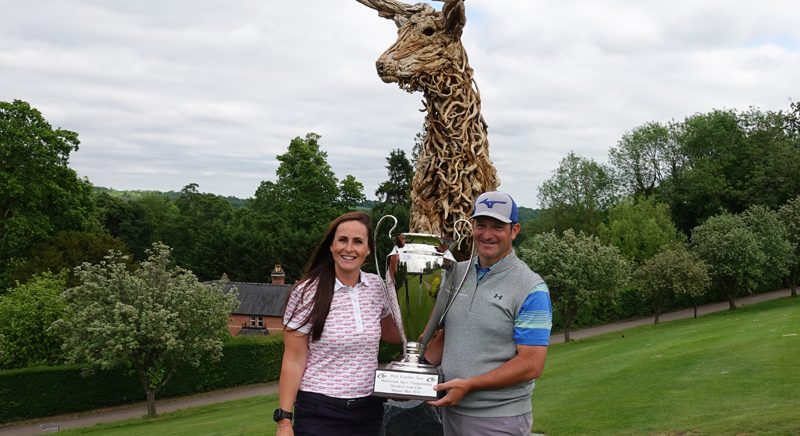 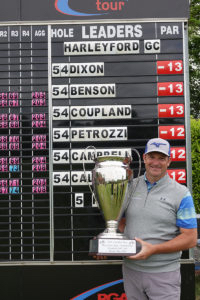 Somerset’s David Dixon won The Matchroom Sport Championship at Harleyford Golf Club in Marlow after a three-man playoff on the 18th hole.

With the leaders chopping and changing throughout the final day it ended up being a straight three-way shootout between Seve Benson (Wentworth), David Dixon (Enmore Park), and Dave Coupland (Woodall Spa).

All three ended their final rounds on 13 under, leading to the play-off where on the 18th hole it was Dixon who reigned victorious in his first event back on the PGA EuroPro Tour since 2017.

An unblemished final round of three birdies and an eagle on the fifth put him in the position for the play-off. When it came to the play-off, Dixon birdied the par-four 18th to win with Coupland and Benson only able to par their finish. It was a consistent week for him overall with rounds of 70, 66 and 67.

It was Dixon’s first appearance on the tour in a couple of years and after recently playing in the British Masters he said playing at Harleyford was the next big focus and it clearly paid off.