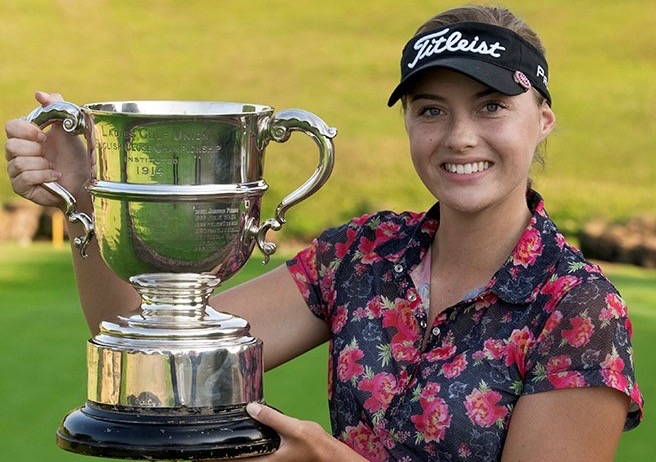 The 22-year-old from Chelmsford, who graduated from Western Kentucky University in May, held off the challenge of two Curtis Cup players and proven champions to take the title by a shot.

Blackman finished on eight-under par, helped by a crucial birdie two on the 17th where she holed out from 30 feet. It edged her ahead of her challengers and after a solid par on the last the title was hers.

The runners-up were the Curtis Cup players Sophie Lamb (Clitheroe) and Annabell Fuller (Roehampton), who finished on seven under. Nicola Slater (Lindrick), the English women’ matchplay champion, and Emily Toy (Carlyon Bay), a star of the university circuit, tied fourth on six under.

“I’m still shaking,” said Blackman after claiming the trophy. “If you had told me at the beginning of the week that I would win, I would never have believed you. It feels really good, and it means I can start believing in myself, especially as so many good players were involved.”