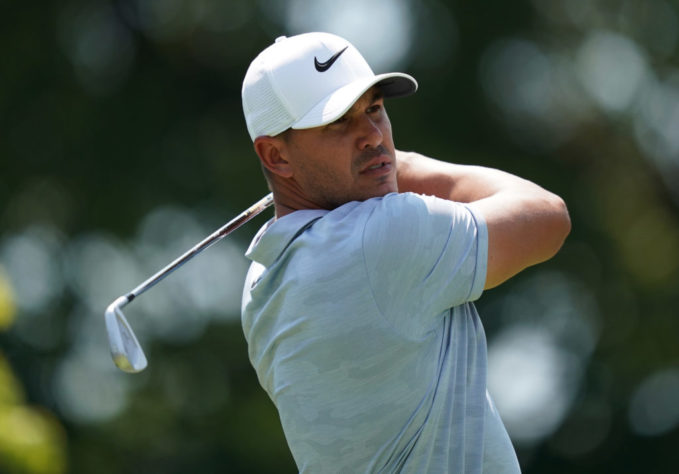 ST. LOUIS, MISSOURI | It is an exaggeration – but not a great one – that Brooks Koepka has a gift for hiding in plain sight despite being the two-time U.S. Open champion.

All you had to do was walk around Bellerive Country Club with Koepka on Saturday afternoon as he casually deconstructed the soft layout, sledgehammering the pilings in place for what has the look of his second major championship victory in eight weeks, to understand that the attention was focused on others.

Even in Koepka’s own group, Kansas Jayhawk Gary Woodland heard most of the chatter from Missouri fans who acted like it was a college pep rally instead of a golf tournament. Kevin Kisner heard the occasional “Go Dawgs” remark while Koepka strolled through the summer sunshine with no one so much as offering a tomahawk chop for the former Florida State Seminole.

Around the property, there were bursts of excitement when Tiger Woods would hole a putt or Matt Wallace made an ace or Rickie Fowler smiled.

Even at a local gym Saturday morning, a person came up to him and asked if he saw Dustin Johnson, the No. 1 player in the world, getting his workout in.

As the warm sunny day wore on, however, there was respectful admiration for the way Koepka was steadily bludgeoning Bellerive and the field. He briefly had a five-stroke lead on the back nine Saturday after shooting 30 on his first nine and finished two clear of Adam Scott with nine more players within four shots of his 54-hole lead.

Fans swoon over Fowler. They’re frantic about Tiger. They call the two-time U.S. Open champion “Ko-peck-a.” He was even called “Koopka” on national television Saturday.

Koepka – No. 4 in the world rankings this week – does tend to project a monochromatic mood even as he’s collecting major championship victories. His swing coach, Claude Harmon III, has suggested the media hasn’t helped Koepka because it doesn’t ask him engaging questions.

Some of that seems designed to fit into the Koepka model in which he feeds off perceived slights. Remember how he was understandably ticked when Golf Channel failed to include him in a list of “notable players” after his first round at Shinnecock Hills in June, though he was the defending champion?

He enjoys being underestimated, a familiar incentive among athletes, though Koepka is pretty much killing that notion this summer, the same way he power presses tee shots.

“You always feel like you’ve got something to prove, whether it be to yourself or somebody else,” Koepka said. “I can think of plenty of people along the way telling me I’ll be nothing, working at McDonald’s, doing things like that. The whole time, you’re just trying to prove them wrong.”

Consider this: If Koepka closes this PGA Championship out Sunday, he will have the same number of major championship victories at Jordan Spieth but without the accompanying star power. He’s closing the gap, though, and quickly.

Maybe it’s the way Koepka carries himself and that’s taken some getting used to for many people.

“He has the demeanor of a very confident golfer,” Scott said early Saturday evening.

It looks and feels familiar.

“You can’t hide my name at the top of the leaderboard,” he said.