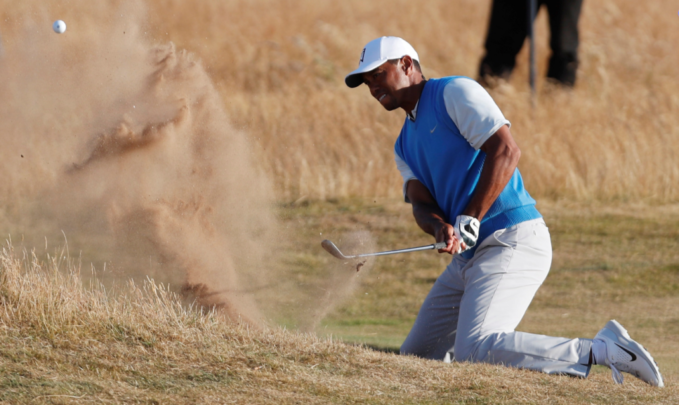 CARNOUSTIE, SCOTLAND | Even with a bothersome neck and a mid-afternoon tee time nearly two hours after first-round leader Kevin Kisner had posted his Thursday-best 66 at Carnoustie, the Open Championship hardly could have begun better for Tiger Woods.

A tee shot in the middle of the sun-browned first fairway. An approach shot to approximately 8 feet from the hole. An opening birdie.

And away he went.

Another birdie at the fourth and Woods was 2 under with his name at the bottom of the first page of the leaderboard.

That was as good as it would get, however.

The dry, fiery conditions became more challenging as the day stretched on and Woods struggled getting in as did most of the players (Brooks Koepka was a notable exception shooting 41-31) who drew late starting times in the first round. Woods’ opening even-par 71 didn’t do serious damage to his chances on the weekend but holding on to what he had was a source of some frustration as he played in his first Open Championship since 2015.

“It was playing tricky,” Woods said. “I thought I played it the right way for me. The round certainly could have been better than it came out.”

Woods showed up on the first tee Thursday with black kinesio tape on his neck to help with minor tightness that developed in recent days.

“I’ve been taped up. I’ve been bandaged up. You could just see these,” said Woods, who indicated the issue was not related to his back. “It’s no big deal. You’ve just got to go play.”

He stuck to his game plan of hitting less than driver off many tees, intending to take fairway bunkers out of play rather than challenge them. It worked for the most part, though his final bogey of the day came at the par-4 15th where his iron off the tee trundled into a nasty spot in one of Carnoustie’s unforgiving fairway bunkers.

The most frustrating part of Woods’ round was his failure to birdie either of the two par-5s despite having 8-iron second shots into those greens.

“I played better than the score indicates,” Woods said. 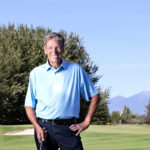