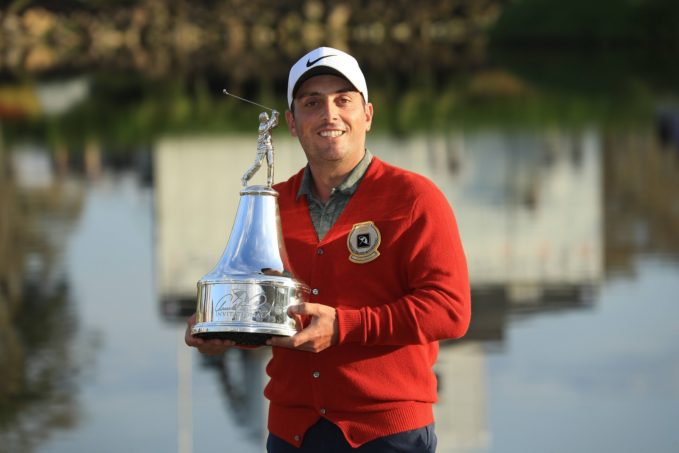 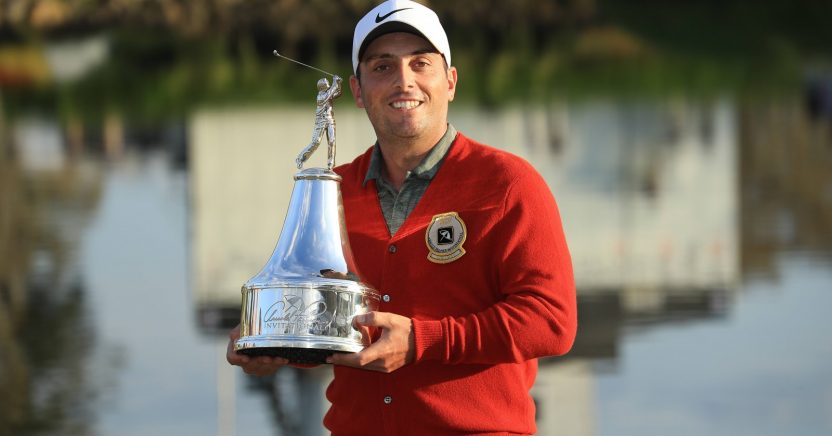 Francesco Molinari produced a stunning final round 64 to win the Arnold Palmer Invitational by two shots at Bay Hill in Florida.

The 36-year-old Italian, who was five shots behind leader Matthew Fitzpatrick after 54 holes, sank a 44-foot birdie putt at the last hole for a his eight-under par round, which took his total to 12 under.

Fitzpatrick, who began the final round just one shot ahead of Rory McIlroy, dropped only one shot but could only find two birdies in his closing 71. McIlroy could also only muster two birdies and he tied for sixth at eight under. 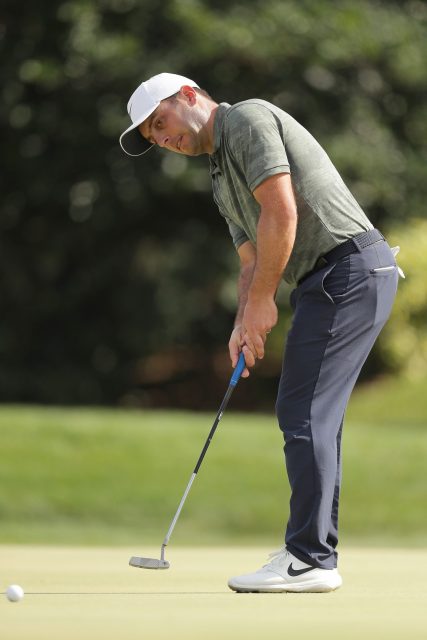 With the firm fast greens again difficult to hold at Bay Hill, Molinari, holed from thick rough behind the green at the eighth for his fourth birdie of the day. The reigning Open champion, who teed off an hour and 40 minutes before the final group, left an eagle putt on the edge of the 16th hole, but rattled in an eighth birdie at the last to set a formidable target, putting Fitzpatrick two shots behind in second place with six holes to play.

The 24-year-old from Sheffield made his first bogey of the final day at the 15th to fall three adrift with three to play. A 12-foot eagle chance at the 16th slid by and he needed to hole a three-foot par putt at the last to secure sole possession of second. That entitled the world no.44 to special temporary membership of the PGA Tour, with unlimited sponsor exemptions for the remainder of the season.

McIlroy, one behind going into the final round, had curled in a 15 foot birdie putt at the third to share the lead, but a five-foot birdie chance spun out at the next and he dropped a shot at the par-three 7th after missing the green. He only needed a drive and a wedge at the 501-yard par-five 16th, but the putts would not drop on the final day and his eagle chance also stayed up.

Matt Wallace reached 10 under par with an eagle at the 16th, but found a greenside bunker at the next and his par putt lipped out. The frustration mounted for the world number 37 when he three-putted the last and finished eight under. First-round leader Rafa Cabrera-Bello was sharing second when his approach to the last found water and he dropped to nine under. Tommy Fleetwood, the halfway leader who slipped down the leaderboard with a 76 on Saturday, also finished on nine under, which resulted in European golfers filling six of the seven places at Bay Hill.

Molinari has now won three PGA Tour titles in his last 12 appearances, and the win took him to 20th in the FedExCup standings and seventh in the world rankings, up from tenth.

“I tried to be aggressive from the start, and it was nice to see quite a lot of putts dropping – especially for my standards,” Molinari said. “I think it’s been the best putting round ever in my career. And it’s nice to do it at Arnie’s place. I don’t know, but there must be something going on with the line of that putt on 18, because it seems that a lot of guys who win the tournament seem to make that putt.” 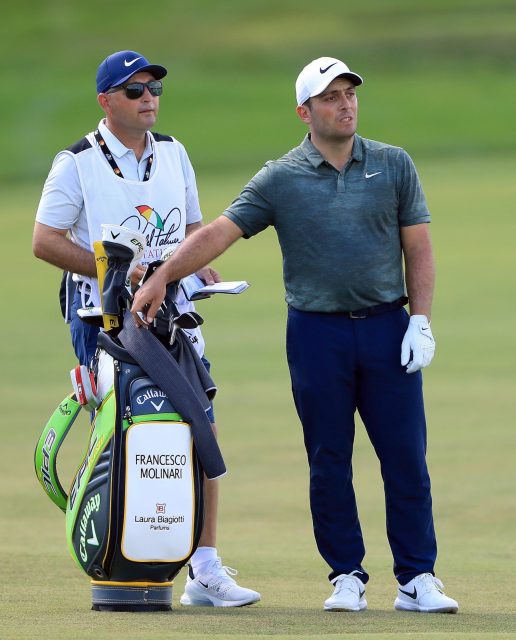 Hot sticks: the ink was barely dry on the new staff contract Molinari signed with Callaway Golf last week before he won with the new gear

Announced as a new tour staff player for Callaway Golf at the beginning of the week, Molinari had an impressive four days with his new gear, leading the Strokes Gained off the Tee stats, finding 76% of fairways (including 85% in the final round) and averaging 295 yards off the tee with Callaway’s new Epic Flash Sub Zero driver. He found 77% of the greens in regulation during the final round, also had a magical week on the greens with his new Odyssey Toulon Stroke Lab putter, gaining a stunning 4.237 putts on the field average during his final round 64.

Speaking after his round on Thursday, during which he had a hole-in-one, Molinari said: “For me, it’s been very easy transitioning into the new Callaway equipment. The new ball has been really good, the irons have been fantastic, and I drove the ball beautifully, so yeah, it’s been a pretty smooth switch.”