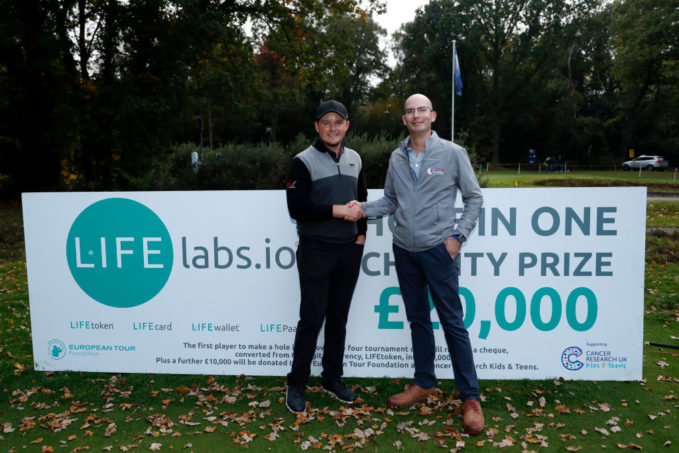 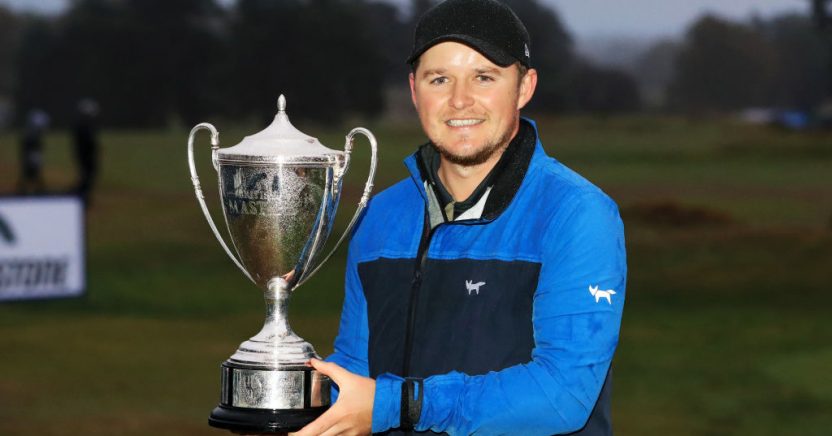 Oxfordshire’s Eddie Pepperell secured his second European Tour victory of the season – and his career – when leading for all four rounds of the British Masters at Walton Heath Golf Club in Surrey.
The 27 year old from Frilford Heath opened up with a 67 on Thursday, and was never headed at the historic heathland course, adding rounds of 69, 71 and 72 to finish on nine under par and win by two shots from Sweden’s Alexander Björk.
Enjoying a three-shot lead over playing partner Björk going into the final round, Pepperell, and the rest of the field, was faced with miserable playing conditions on Sunday, with persistent rain and gusting winds making the par-72 course play every inch of its length. 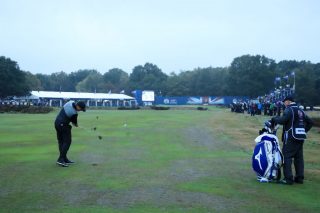 However, the leader’s cushion was down to a single stroke when Björk covered the front nine in 34 and Pepperell three-putted the 9th, the same hole where he enjoyed a spectacular hole-in-one on Thursday.
And it was another moment of pure magic on Sunday that helped him to victory, holing out from 120 yards from heavy rough for an eagle-two on the par-four 10th. That took the lead back to three over Björk, and with the rest of the field several shots behind the back nine became pure matchplay. 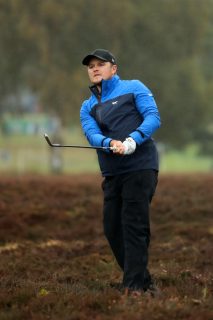 With Bjørk struggling with his long game, a Pepperell par save from off the green on the 14th looked to have sealed the win, but there was still time for some late drama though as Pepperell dropped shots on the 15th and 16th to see his lead cut to a single shot, but Björk made a bogey at the 18th after driving into the heather, and Pepperell saved par from a greenside bunker to secure a deserved victory.
Pepperell was ranked outside the world’s top 500 as recently as May last year, but he won the Qatar Masters in February, and followed a runner-up finish in the Scottish Open with a tie for sixth in the Open at Carnoustie seven days later. Starting this week ranked 50thin the world, he has now moved up to 33rdand looks guaranteed to secure his first start in the Masters next April. He also moves up to seventh in the Race to Dubai standings.
“I’m over the moon,” said Pepperell. “It was a grind out there – a really tough day with the conditions. I played really well, and I’m just thankful I got myself a nice lead. I needed it.It was just a case of hanging in there. I didn’t expect the weather to be quite so miserable, but I’m thrilled to be stood here with the trophy.
Talking about his eagle on the 10th, Pepperell added: “It was an all right lie in the rough. I hit a nine-iron and it just came out perfect. It just shows that you need those breaks to go your way sometimes to win, and it went my way this week.I wasn’t too nervous out there.I felt like the crowd was there with me. When I holed putts, there were cheers. It was a real privilege to win in front of a home crowd, with my family out there. I am so pleased.”
Further down the leaderboard, Wiltshire’s Jordan Smith shared second place with Australian Lucas Herbert, with Englishmen Sam Horsfield and a resurgent Tom Lewis sharing fifth with American Juian Suri. British Masters tournament host Justin Rose finished eighth, after closing with a two-under-par 70.

For The Love Of The Game
1 views

For The Love Of The Game