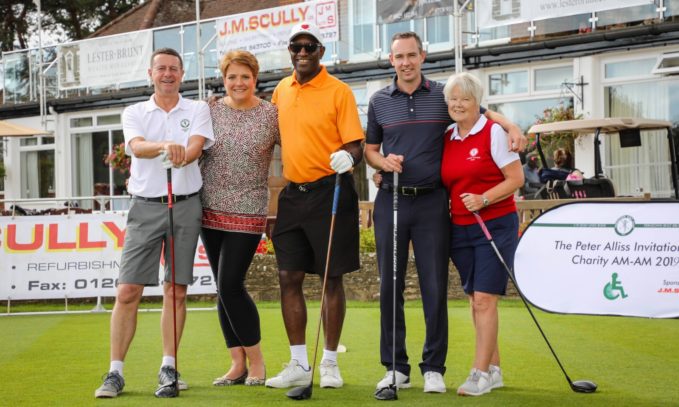 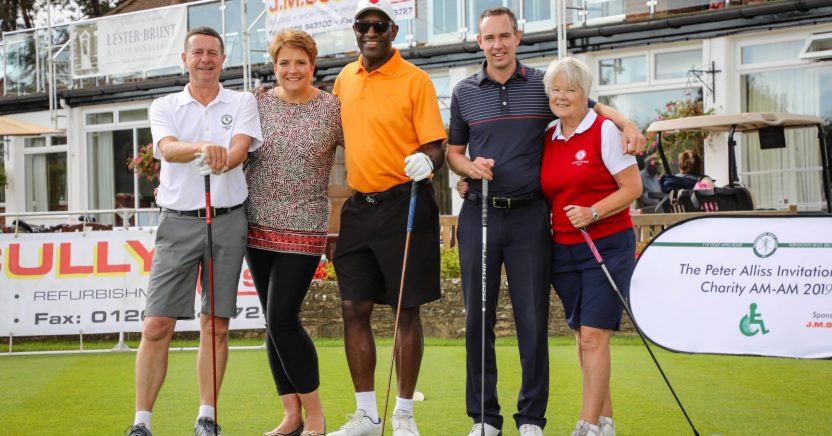 Since its inception in 1987 the event has raised more than £1.25 million for the Peter Alliss Wheelchair Crusade – leading to the purchase of 300-plus wheelchairs and walking aids.

Twenty-eight teams of four participated in the event on the club’s Championship Course, with the Invatrust team, led by club member David Harris and featuring James Tarbuck, son of Jimmy, emerging as winners.

Veteran broadcaster Peter, whose family link with Ferndown stretches back to 1939, said: “I am astounded every year at the amount of money raised by this fine event – and 2019 proved no different. My grateful thanks to everyone who played the event and to tournament secretary Sue Helliker and the team who worked so hard behind the scenes to ensure everything runs so smoothly.”

The day culminated with a champagne reception and dinner, including a charity auction hosted by comedian Ian Irving, which raised £30,000.

Among the players this year was Ferndown’s own Haley Davis, who last month won her first professional title, the Bossey Ladies Championship in France, and also made her major debut at the US Ladies Open this summer.