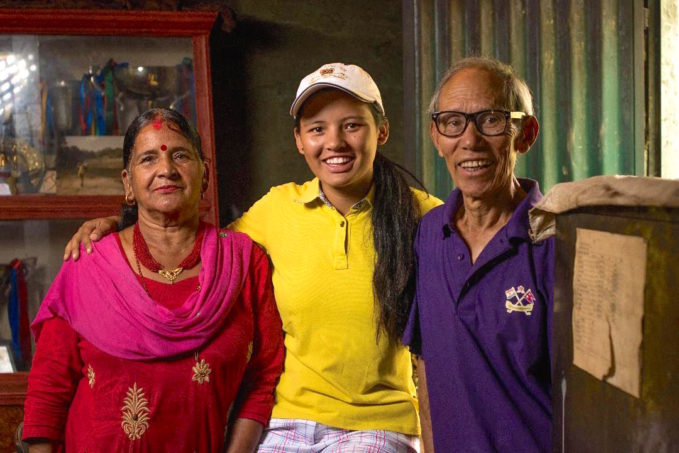 Most things in her life require adjustment. Much is new. Even more is different. There is a risk of sensory overload given how much she doesn’t know; how much she has never seen. But she remains open to the wonders. She embraces the fear. That is what her countrymen have done throughout history. It is part of who she is.

“I moved here in January and started at Santa Barbara City College, so it’s been a transition but it has been great,” 19-year-old Pratima Sherpa told me this week by phone while she was in a car traveling through Southern California, another happy teenager on her way to the golf course. “Going to a new school and playing different courses over here (in the States), working with a coach here, it’s all been wonderful.”

To hear her flawless but accented English, you might assume Sherpa is a student-athlete from Great Britain or Sweden, maybe Germany or the Netherlands. Those young people – groomed through federations and national teams – are as common on American college campuses as kids from Kansas or Kentucky. Most women’s college golf rosters have two or more players from, as they say in Tallahassee and Tuscaloosa, “off.”

But Sherpa is not like other students or other golfers. She is unique. And that is not a figurative platitude. Sherpa is, by all objective measures, one of a kind, a girl with dreams and aspirations that climb higher than the mountains of her homeland. And with a story that is a movie in the …