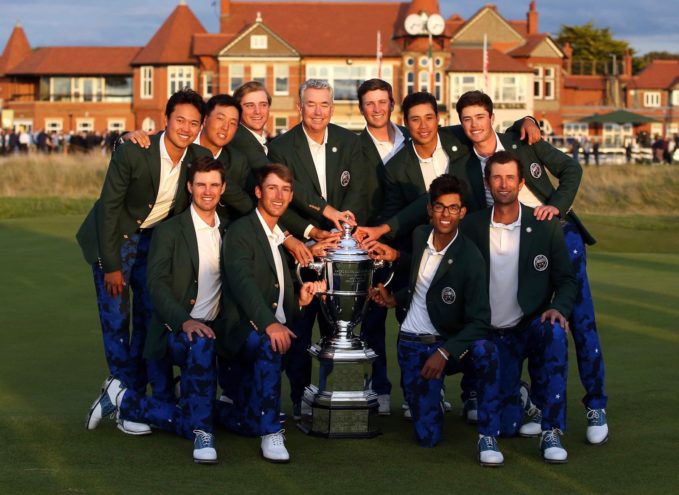 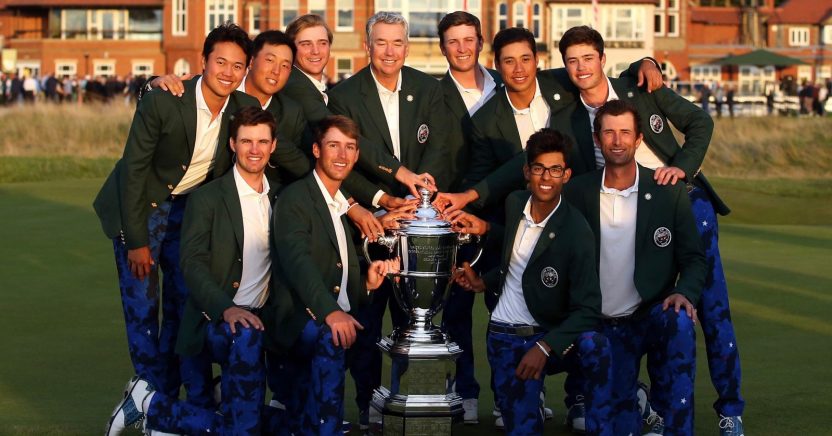 The United States came from behind to defeat Great Britain & Ireland 15.5-10.5 and win the 47th Walker Cup held at Royal Liverpool Golf Club.

The home side led 7-5 after day one, but the visitors narrowed the gap after the morning foursomes to a single point. The Americans, led by captain Nathanial Crosby, then dominated the afternoon singles on Sunday, winning eight of the 10 matches.

Sandy Scott claimed the first point of the afternoon singles for GB&I after an impressive 4&3 win over Brandon Wu, who was undefeated in his previous three matches this weekend. The 21-year-old from Nairn found himself 5-up after eight holes, only to lose the next three holes to the American. Scott responded with birdies on the 12th and 14th to go 4-up and the match was closed out shortly afterwards when the 15th hole was halved in par.

The USA responded immediately with John Pak edging out Euan Walker by 2&1 to ensure that the Florida State University student finished undefeated in the match overall with three points from three matches.

After Isaiah Salinda triumphed by two holes against Alex Fitzpatrick, the two sides were level at 9½-9½, before Stewart Hagestad, who was a member of the winning American team two years ago, nudged his side in front after dominating against Harry Hall to win 5&3.

Alex Smalley extended his side’s lead with a 2&1 win over Caolan Rafferty, which was immediately followed by Cole Hammer’s emphatic 6&5 victory over Conor Purcell to put the USA 12½-9½ up.

Any hopes of a fightback for GB&I were extinguished when John Augenstein defeated Thomas Plumb 4&3 to clinch the winning point and leave the USA in an unassailable position at 13½-9½.

US Amateur champion Andy Ogletree then notched up another win for the USA after defeating Conor Gough 2&1 to make the score 14½-9½ and Akshay Bhatia pressed home the advantage further for Crosby’s side after taking care of his match by 4&2 against the 2019 Amateur champion James Sugrue.

It was left to Tom Sloman to salvage some pride for the home side and he delivered GB&I’s second point of the singles by beating Steven Frisk by two holes to leave the final score at 15½-10½.

GB&I captain Craig Watson said: “I don’t think the calm conditions had anything to do with the fact that the Americans outplayed us today. If you were ahead early, then pars were enough to stay ahead because birdies were going to be few and far between and the American boys did that very well. Obviously the boys are disappointed. It didn’t go quite to plan, but they can be proud of their achievements to get in the team first of all and of their performance this weekend. I’m proud of all of them.”